HomeActueelEditorial: Arrogance in the extreme? 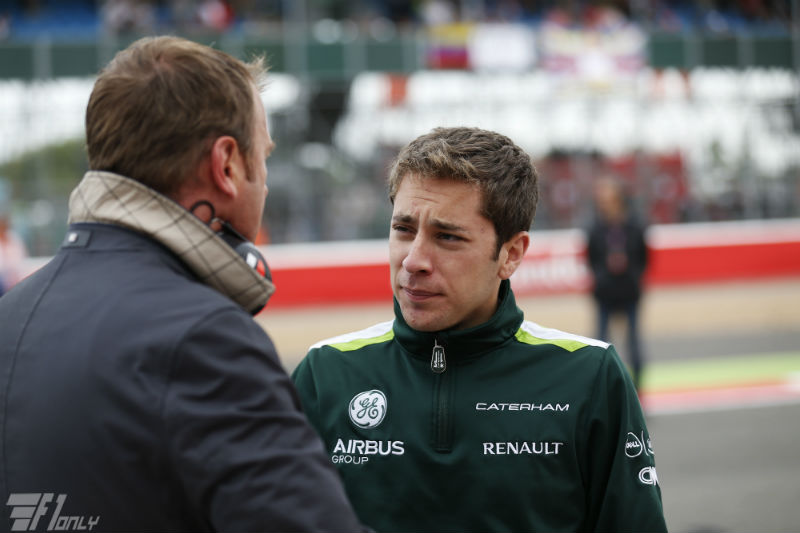 “Robin Frijns is no longer under contract with Caterham F1 Team since the contract he had, has expired,” stated his management in a press release early this week. Following a disappointing season with very limited running (only two pre-season test days in Jerez and Bahrain, two Friday practice sessions in Silverstone and Bahrain and a demo in Kazan in a Caterham of 2010), Frijns has now officially parted ways with the team.

It remains unsure whether Caterham F1 Team will be seen on the grid in 2015. No decision about Robin’s future has been made either. I find that very disappointing. A driver who managed to win three championship titles in a row in three consecutive seasons in three different categories has proved to have what it takes, right? What else would you need to do to show you have the right skills for the job?

Bring a bunch of cash? Probably, and yes, that is something he does not have. Strangely, he and his management have not succeeded in finding those few big sponsors most drivers need to secure a seat in Formula One nowadays.

Why do (Dutch) companies not want to invest and sponsor this talented young man who, in my opinion, has the potential to become a Formula One world champion? Does it really have to do with that image that he cannot seem to shake off? An image fueled by or maybe even created by a Dutch (!) journalist. Does this guy even realize the impact of the so-called quote of Robin he published? Will he have the slightest regret of publishing quotes that were not Robin’s, writing things Robin never said in a Dutch newspaper?

I cannot help frowning when reading some of the comments on news articles about Robin on various Dutch motorsport websites. More than once people say he is arrogant, highly overrated and cheeky. What on earth makes people say this, Dutch autosport fans? Overrated? I don’t think so, when in doubt, feel free to check his palmares. Nothing wrong with it, right?!

Of course, it is important to be able to present yourself well to the media. Especially in Formula One as they are happy to eat you raw if you fail to do so. But, not all of us are capable of constant smiling at the camera. Does that make a person arrogant?

Early this year I had the pleasure to interview Robin. An interview I really enjoyed I must say. It was a nice conversation with a down-to-earth guy with a clear goal in mind and the determination to get there and be prepared to work real hard to achieve it. Robin was very relaxed and took the time to answer my questions. He talked about his passion for the sport and his hopes for a chance to find a seat within the pinnacle of motorsport.

Did I find him arrogant? Not at all! Rather shy and modest. Trust me, I have had other experiences. I won’t mention any names, because, you know what; maybe that particular driver just had a bad day like we all experience every now and then.

It is so easy to take someone down in just a few lines. Even when watching Formula One at Sport 1 (the Dutch broadcaster covering Formula One in the Netherlands) I hear a mediocre presenter, who has the role of studio host, saying that Frijns has a problem with the media. Now that is what I consider arrogance in the extreme. This particular man might know a little or a lot about soccer, but he clearly knows nothing at all about Formula One. The comments he made more than once, only based on hearsay, would have been better left unsaid.

Fortunately, there are still people who judge drivers by their talent and performance.
“Robin, I hope you will manage to find a good race seat for 2015 somewhere, one that allows you to do what you like to do so much and that enables you to show what you are so incredibly good at: racing!”