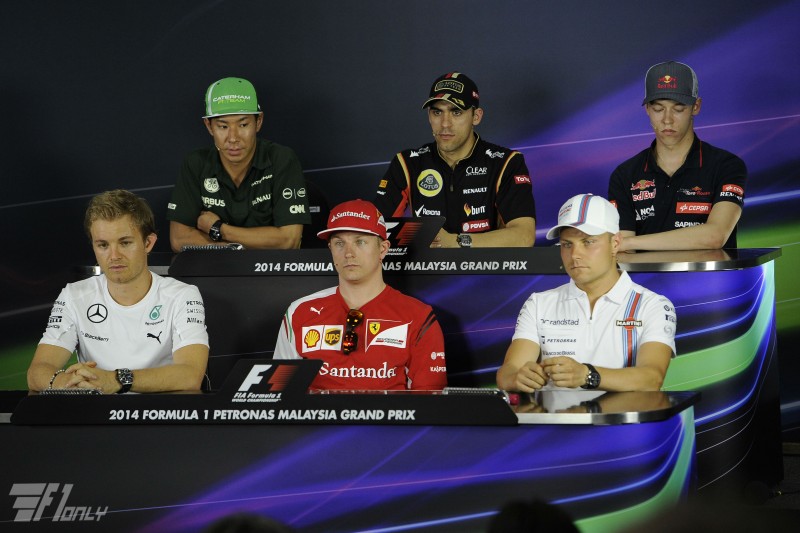 Recently I had an interview with a driver for F1only. After the interview someone asked me what the driver told me. Well, I could not help but answer: “Not much.” Because, what do drivers say nowadays? I am referring to interviews, but also to the press conferences at Grand Prix weekends. Not just the engines in Formula 1 have become much more silent, but so have the drivers. That is because they are not allowed to say anything. The team they drive for does not what them to speak freely and neither do their sponsors. A mistake is easily made and who knows what the consequences could be.

Since Mark Webber left Formula 1 all I hear are well-programmed drivers who are all saying exactly the same things such as “It was a good day for the team. I want to thank the team for their hard work and for the great car they have given me this weekend” or “I am very sorry for the team. We will work as hard as we can to come back stronger at the next race.” Yeah right, very interesting, NOT! How boring! Of course, we cannot blame the drivers for this, because they are just following team protocol. Nowadays there is an overkill of team orders and rules on and off track that do not particularly have a positive effect on the sport.

Even the media contribute to this. Earlier this year Jules Bianchi was robbed of his watch in Paris. The robbery seemed less important than the fact that Jules was smoking a cigarette in front of the hotel. His smoking was highly criticised and considered as “not done”.  Oh, come on…get a life!

Luckily we still have uncontrollable Kimi in Formula 1, but for how long? For those who still do not understand the popularity of the Iceman (apart from the fact that he is a former Formula 1 World Champion)….Kimi is different, Kimi is unruly and the fans love that!

I am not saying that Formula 1 should become sex, drugs and rock ’n roll again like in the seventies. That would be impossible and even absurd, but a little more freedom for the main characters on and off track would be nice. Nothing more boring than always having to stay inside the lines!